Wessex Water expands its Kobus Pipe Puller operations with the purchase of a powerful Kobus KPP400 excavator mounted machine to further minimise disruption to communities and its customers when renewing ageing water pipes.

The company bought the excavator mounted KPP400 to expand its Kobus pipe pulling operations, after using the Kobus KPP300 machines across its network for several years.

It’s the first  KPP400 to be delivered into the UK water industry and underlines the reputation of Wessex Water as innovators in the challenge to raise standards across the sector.

The UK water company see significant benefit to their customers when using the Kobus Pipe Puller as it is quicker and less disruptive than other replacement methods.

For their customer this means less disruptive digging and road/footpath closures as well as minimal supply interruption.

– Pictured is the KPP400 leaving the Kobus facility on its way to the south of England. 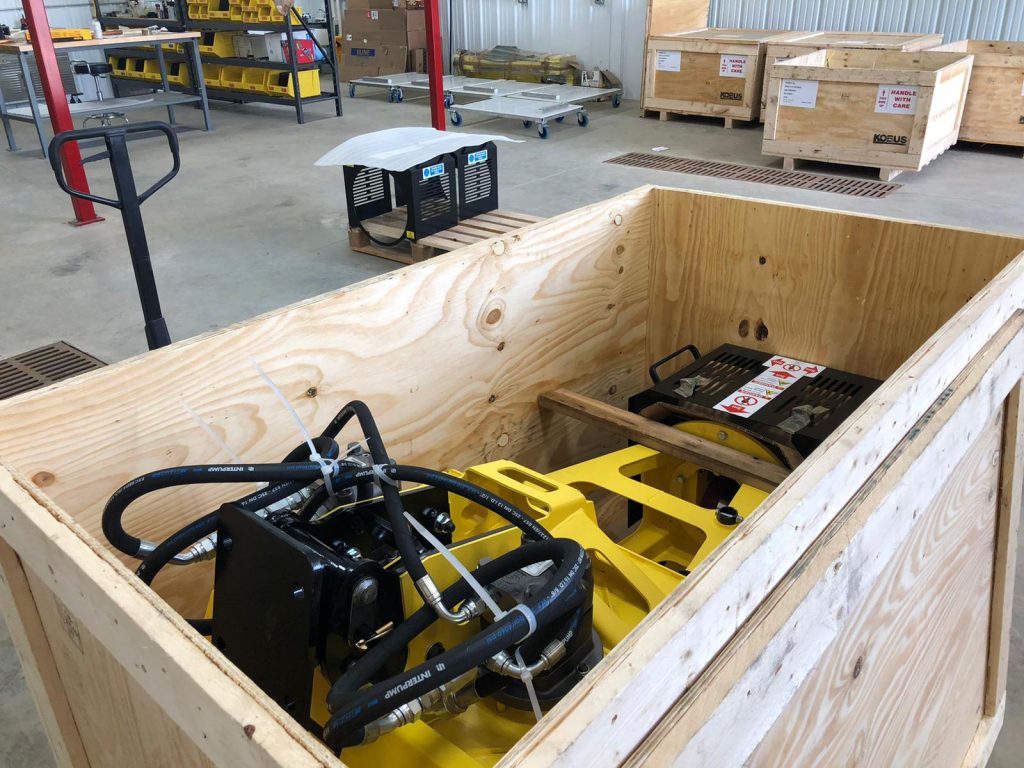